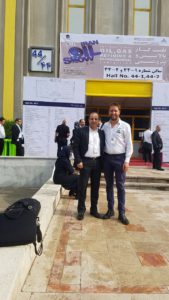 Every year, Iran hosts one of the most significant oil and gas events in the world, the 22nd International Oil, Gas Refining & Petrochemical Exhibition.

This year, Delta Steam Systems was ready for it!

Flying through to Tehran, Iran, Delta Steam Systems exhibited alongside our Iranian distributor, Artin Nanotechnology. With the famous DSS steam trap on display the stand was buzzing.

Not knowing what to expect, we realized quickly that it was definitely one of the largest oil shows of the year. Hundreds of visitors stopped to see the DSS steam trap, with thermodynamic explanations taking place in Farsi, English and Turkish.

The amount of interest was phenomenal. 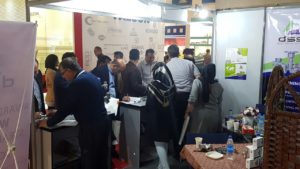 The full stainless-steel body and 10-year guarantee was enough to entice a large crowd including both new and old customers. As the crowd grew larger, even these old customers began explaining to colleagues and other potential customers about how the DSS trap works and why they have been installed in their plants. They raved about the steam savings as well as the DSS trap not having any moving parts.

Seeing the excitement these past clients exuded was an incredible experience for all of us in the DSS team. 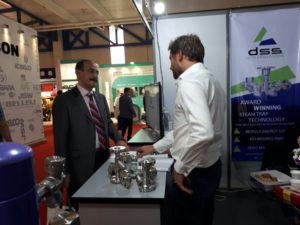 Artin Nanotechnology did a lot of work prior to the show, and it became very clear with the amount of awareness the customers had about the DSS trap. As an international company based in South Africa, we could not have been more proud.

The evenings of sightseeing in Tehran were like nothing we had ever experienced before. Using every possible moment available during our stay, the evenings were jam packed with new friends, tons of food and gorgeous surroundings. The sightseeing included the famous Milad Tower and Tabait bridge.

After our time in beautiful Tehran, the DSS team came home to South Africa happy, with hundreds of good leads, and a great story to tell. 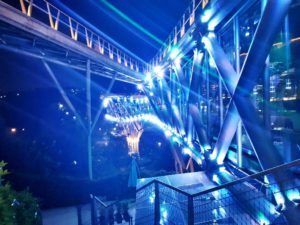 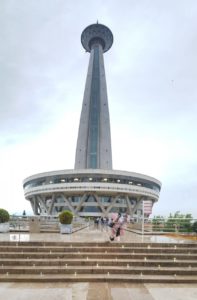